Adoration of the Blessed Sacrament at 7:00pm to 9:00pm at Our Lady of Sorrows Church

‘Security of the Person’

On January 28, 1988 Canada’s abortion law was struck down leaving no protection for preborn babies at any stage of pregnancy.

The Canadian Charter of Rights and Freedoms founding principal is based on the Supremacy of God and the right of the individual to life, liberty and security of the person.

In order to accommodate the 1988 abortion law the rights of the preborn child were sacrificed for the ‘security of the person’ namely women and men who wanted to end the preborn’s life through abortion.

This twist in the law has achieved its goal bringing to Canadians; abortion on demand for any reason including, social, economic, gender and disability of the baby in the womb.

How secure are Canadians with this law in 2017?  We know more about the value of preborn human life through ultrasound and medical advancement and clearly see the humanity of the preborn in a different light.

We find a constant trail of broken lives of women and men who feel betrayed by the promise that abortion is the answer for their problem pregnancy.

There are currently drug and substance abuse centres like DrugRehab.com that include care for women and men who suffer the emotional and psychological after-effects of abortion and have turned to substance abuse.

Since 2012 Statistics Ontario no longer records abortion statistics leaving only those that are loosely incomplete and inaccurate. This downplays the numbers and effects of the procedure.

Besides the lives of preborn babies being at risk from abortion now more than ever we see the security of post abortive women and men at risk from the consequences of abortion’s unnatural solution to pregnancy. 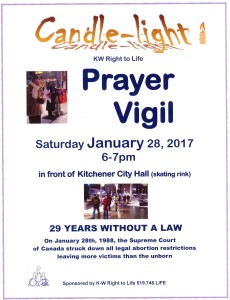 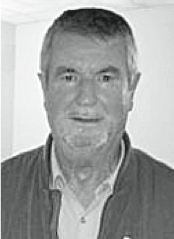 Abortion probably divides individuals more deeply than any other issue. Any discussion of the matter invariably leads to philosophical speculation about the meaning of life and death, free will, and individual worth. How people respond to such speculation is greatly influenced by their religious orientations. Abortion, at its deepest level, is a religious issue.

The religious orientation of individuals can range from I’m not interested in religion all the way to religion is the most important aspect of my life, with all possible shades in between.

Christianity arose some two thousand years ago from deep within Hebrew culture and in a very short time found astonishingly fertile ground in areas where Greek culture flourished. From these lands the new religion spread westward with surprising speed, now greatly enriched by Greek rationalism and by the Greek view of the universe.

Both the Hebrew and Greek streams are still very much present within modern Christianity and the religious orientations of individuals often display an interesting blend, in many cases leaning strongly one way or the other.

On one extreme end of the spectrum credit is given to a deity who, at some time in the past, created the physical world and established the laws of nature. The universe now operates according to these laws without the deity’s direct involvement. Biological life, including that of humans, is

the natural product of these laws. There is probably indeed a deity, but possibly no longer directly involved in creation since the universe operates quite well in a sort of autopilot mode. Individuals on the other end of the spectrum also view the universe as a created, physical entity but sense that it is permeated by a deity who is intimately and actively involved in human affairs, who not only established the laws of nature but also decreed the moral law. They feel a mystical and very personal union with this deity and trust that whatever is allowed to happen to them will not rob them of this quiet assurance. They are at peace and know that they are part of something immense.

As implied earlier, the spiritual life of the average believer resides somewhere between these two positions. Those who adopt the mechanistic, autopilot view of the universe can more easily arrive at the conclusion that willfully interrupting a pregnancy is well within the scope of human freedom. At the other end of the spectrum, the psalmist’s words,

“For you created my inmost being; you knit me together in my mother’s womb”

proclaim a self-evident truth and abortion is felt to be a profound sin against the deity, an act so immensely destructive that it disrupts the individual’s union with the divine. Many of our fellow travelers adopt a position somewhere between these two visions of the meaning of our existence.

And so I would like to reiterate that a person’s attitude towards abortion is a clear reflection of the particular religious experience of that individual.

I have a friend who was born in 1926 when the earth’s population stood at about two billion. This friend is still living and during his lifetime the population has increased to more than seven billion. There is an obvious problem here, with food and water shortages looming, not to mention room. It’s a delicate topic that few are willing to face, and our response has been to use less water, less energy less space, to recycle newspapers and cardboard and plastics, and to drive, more-energy-efficient cars. While laudable efforts, these measures only delay the inevitable, because pulling in our elbows simply provides more space for more people.

There are individuals in the pro-life movement who are unwilling to discuss the population-growth predicament seriously because they fear that acknowledging the issue would require a compromise on abortion and even contraception. We must be clear, however, that abortion and contraception are two very different moral concerns and these must not be confused. One kills and the other doesn’t. Morally it is completely consistent to be concerned about the growing population and simultaneously be opposed to abortion.

As a physicist I would like to share with you an important, recent discovery about the physical universe, and I promise that you will soon see that it applies to our discussion: Classical Physics describes things like the interactions between force and mass, acceleration, and gravitation. In the nineteenth century, however, phenomena involving small particles, such as electrons, were discovered that didn’t fit the classical mold comfortably, and by the early 20th century, a new formulation of physics was developed to describe the strange behaviors observed in the microscopic world. This new development became known as Quantum Mechanics, viewed by many as an extension of Classical Physics.

There was, however, a serious disagreement between Classical Physics and Quantum Mechanics. Classical Physics assumes the universe to be local in the sense that what you do in one place, for example playing pool in your basement, has no physical effect outside your house. Quantum Mechanics, on the other hand, predicts the universe to be nonlocal , in the sense that your actions in the basement are reflected in the entire universe, because the universe may be viewed as a single quantum system, and changes in one corner are instantaneously conveyed to the rest of the system, not bound by the speed of light. A non-local universe is often said to be entangled, a very descriptive term indeed.

Many eminent physicists sneered at the notion of a non-local universe, Einstein even referring to the prediction as a spooky action at a distance. Many viewed the idea of non-locality as a fundamental flaw in Quantum Mechanics, but with profound philosophical implications if found to be true. All this came to a head in 1964 when the Ulster physicist John Bell developed a theorem that suggested non-locality to be a fact of reality. In 1982 a team led by

Alain Aspect at the University of Paris published the results on an experiment that suggested that yes, the universe is indeed non-local. People still weren’t quite convinced, but in 1997 a group led by Nicolas Gisin at the University of Geneva confirmed the findings in a convincing manner.

The philosophical implications are absolutely stunning because they suggest that the entire universe is aware of what happens in the remotest regions. Since we are part of the universe, our actions are felt everywhere. The electric currents flowing through our bodies, the electric signals operating in our brains, our entire biological being, including our sense of consciousness, are intricately and indelibly woven into the entire universe. It is possible to state with conviction that the universe is conscious, and it is this consciousness that believers refer to as the Divine Being or God.

In the Book of Acts Paul is invited to speak at the Areopagus, the rock near the Acropolis where the High Court convened. In a most moving address he states:

“Athenians, I see how extremely religious you are in every way. For as I went through the city and looked carefully at the objects of your worship, I found among them an altar with the inscription, ‘To an unknown god.’ What therefore you worship as unknown, this I proclaim to you. The God who made the world and everything in it, he who is Lord of heaven and earth, does not live in shrines made by human hands, nor is he served by human hands, as though he needed anything, since he himself gives to all mortals life and breath and all things. He made all nations to inhabit the whole earth, and he allotted the times of their existence and the boundaries of the places where they would live, so that they would search for him and perhaps grope for him and find him—though indeed he is not far from each one of us. For in him we live and move and have our being.”

Paul didn’t know about Quantum Mechanics, but he certainly sensed what physicists refer to as non-locality. This brings us full circle: I stated near the beginning that abortion, at its deepest level, is a religious issue. To a believer who, like Paul, has been blessed with the conviction that “In him we live and move and have our being” the act of abortion occurring, as it does, within the heart of the universe, within the very deity, must surely rank as a great injury to the universe , and to each one of us.

Dr. Hart Bezner is a Physics Professor Emeritus at Wilfred Laurier University Waterloo ON. He is a founding member of KWRTL. 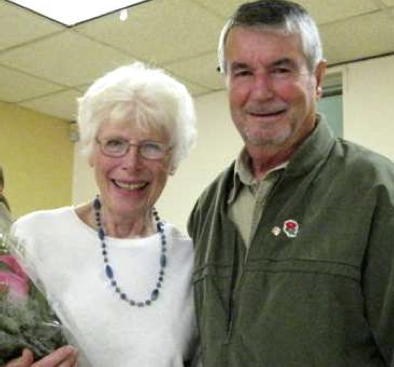 KW Right to Life invites you to our annual: