Click below to download or listen to MP3 audio of the September 21 second reading debate in the House of Commons of Motion 312:

Stephen Woodworth (MP – Kitchener Centre)
Tuesday, May 22 at 8:00pm in the Sanctuary
Waterloo Pentecostal Assembly, 395 King St. N., Waterloo
Stephen will speak about his Motion 312 calling for an investigation of the outdated Personhood Law (Criminal Code Section 223) in relation to current medical scientific evidence. Refreshments will be served. Presented by KW Right to Life.
Download Poster 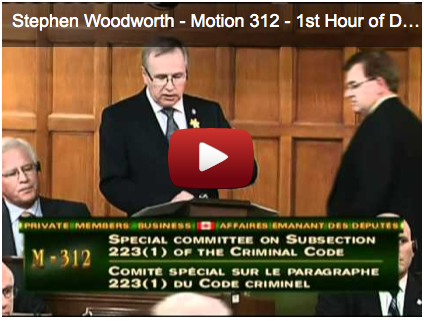 Click below to download or listen to MP3 audio of the April 26 debate in the House of Commons of Motion 312:

The Hansard written transcript of the Motion 312 debate is also available.

Stephen Woodworth MP Kitchener Centre will speak about his Motion 312, which calls for an investigation of the outdated Personhood Law (Criminal Code Section 223) in relation to current medical and scientific evidence on:

Stephen Woodworth (MP Kitchener-Centre) will speak about his Motion 312, which calls for an investigation of Canada’s outdated personhood law (Criminal Code Section 223) in relation to current scientific evidence. 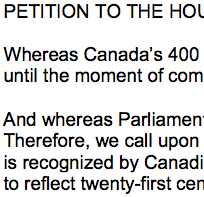 The more official print version of the Petition in Support of Motion 312 [PDF] can be printed out. Acquire 25 signatures with the signers’ city and province. It can be submitted to your local Member of Parliament.

There is also a less official Online Petition in Support of Motion 312 [Web page] that can be easily spread among friends and family over the internet. Here is the link: http://www.lifecanada.org/services/petitions/petition-in-support-of-motion-312

KW Right to Life expresses great hope and determination to support the motion of Stephen Woodworth MP (Kitchener Centre). An old Law 223(1) that states a child is not a person until the moment of complete birth and how that interpretation relates to current medical and scientific evidence needs to be examined.

We are under no illusion that there will be an immediate law to make abortion illegal, in particular the first trimester, however this motion sets a precedent for getting to the fundamental principle of whether or not a preborn child is a person that has implications for the protection of life beyond the womb.

If it passes, the task will be finding proof that indeed the child in the womb should have rightful claim to personhood. We pray. We act.

My mother used to tell about a young man who became a priest. She knew his great- grandmother who had a baby out of wedlock.  Mom mused that had her friend had an abortion at her lowest moment that young priest, his grandparents, parents, siblings, uncles, aunts, cousins would never have been born. That young priest now has a cousin who also became a priest from the same line.

Since 1970 3.5 million babies have been aborted.  What a great blow to two generations. Who is missing? We will never know.

And now we have the opportunity to support a debate on the issue of when life begins. END_OF_DOCUMENT_TOKEN_TO_BE_REPLACED